29 Experts from 15 countries that are representing CTSP Advisory Committee were brought together in Lomé, Togo on 04 December 2019 at the fifth meeting conducted in the margins of the 55 International Tropical Timber Council (ITTC).

The meeting was opened by remarks of the CITES Secretary-General, Ms. Ivonne Higuero. and, by the Head of Unit of the Multilateral environmental co-operation, European Commission, Mr. Hugo Schally. 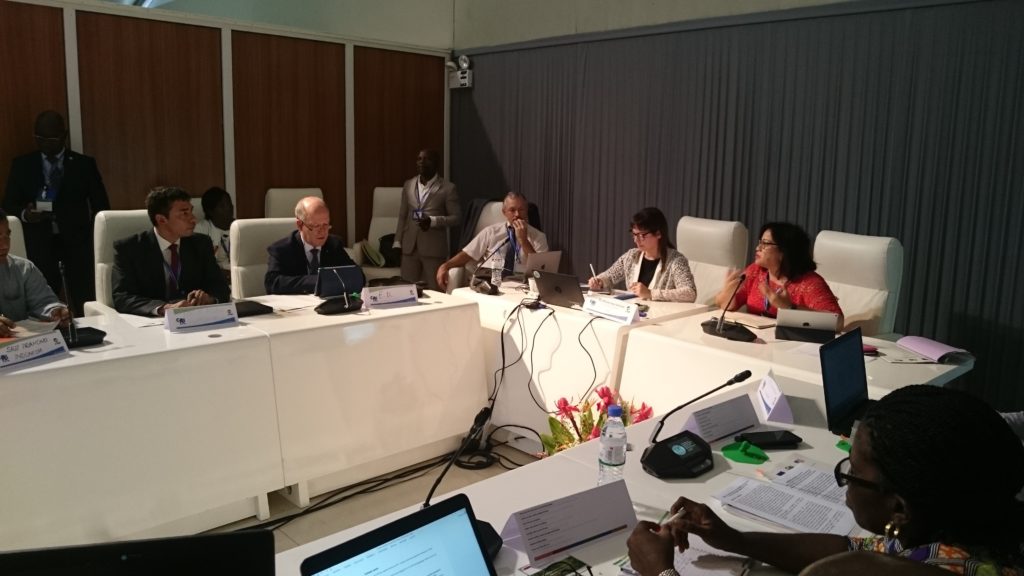 Ms. Higuero invited the committee to note, review and guide the progress made since the last meeting organized in the margins of the eighteenth meeting of the Conference of the Parties to CITES (CoP18, Geneva, 17-28 August 2019). She further announced that since then, all contracts were signed and most of the first installment payments were disbursed.

Mr. Schally spotlighted the importance of this programme and he showed appreciation in the excellent long-standing cooperation between CITES and ITTO and notably now through the CTSP. He expressed contentment about the positive return the countries reported to the ITTC session during discussions of agenda item 10 a) ii) on cooperation with CITES.

Ms. Sosa-Schmidt (CITES Tree Species Programme Coordinator) explained that during the Fourth Advisory Committee Meeting in Geneva, it was agreed that the Secretariat would check if the Bahamas could be replaced by Cuba. The reason for this is that CTSP needs to have full Members of the Advisory Committee who have projects currently being funded and implemented under the CITES Tree Species Programme. The ex-Member of Bahamas agreed with the proposal hence Mr. Jorge Álvarez Álvarez, Director General from ORASEN, from Cuba, has been designated to replace Ms. Danielle Hanek Culmer from the Bahamas.

It was noted that the Advisory Committee membership will be published on the CTSP website. Ms. Sosa-Schmidt explained that this was an exceptional meeting that invited the participation of numerous observer participants who were from African countries participating at the 55th ITTC and that have projects funded under the CITES Tree Species Programme.

Ms. Sosa-Schmidt referred participants to progress reports in all three regions summarizing that the regional Coordinators continued to assist participating agencies to finalize agreements and making administrative arrangements; funding reached all countries except for two (2); with in-kind contributions from each country, executing agencies could commence implementation of projects and she reported the overall activities implemented so far (e.g. Experts have been identified and recruited after terms of reference for projects were developed with assistance of Regional Coordinators; Fieldwork started in some countries such as Kenya, Tanzania, Uganda, Malaysia and Viet Nam, those who have received their first installments of funds required to implement field activities).

Ms. Sosa-Schmidt also explained to the participants that each project will have three-levels of evaluations beyond the monitoring work that is done on a periodic basis. The evaluations will entail: 1) evaluation missions done by Regional Coordinators; 2) an independent external evaluation; and 3) ROM missions sent by the European Commission.

Mr. Steve Johnson (ITTO) shared with participants experiences of two mid-term evaluations carried out during the ITTO-CITES Programme. The objective of the evaluation was to focus on areas where problems occurred, to ensure executive agencies would do better work by implementing recommendations provided by the evaluators.

The CITES Secretary-General reviewed the progress made so far with the administration of the Programme work in Africa, Asia and Central and South America and the Caribbean regions.

Ms. Sosa Schmid presented the plan for monitoring of implementation and mid-point evaluation reviews for 2020 that could continue in early 2021.

Overall, during the 1h30 meeting, participants were provided a general overview of the CITES Tree Species Programme progress as well as the financial matters.

The new website of the Programme was presented, and all noted that it will be launched before the end of 2019. 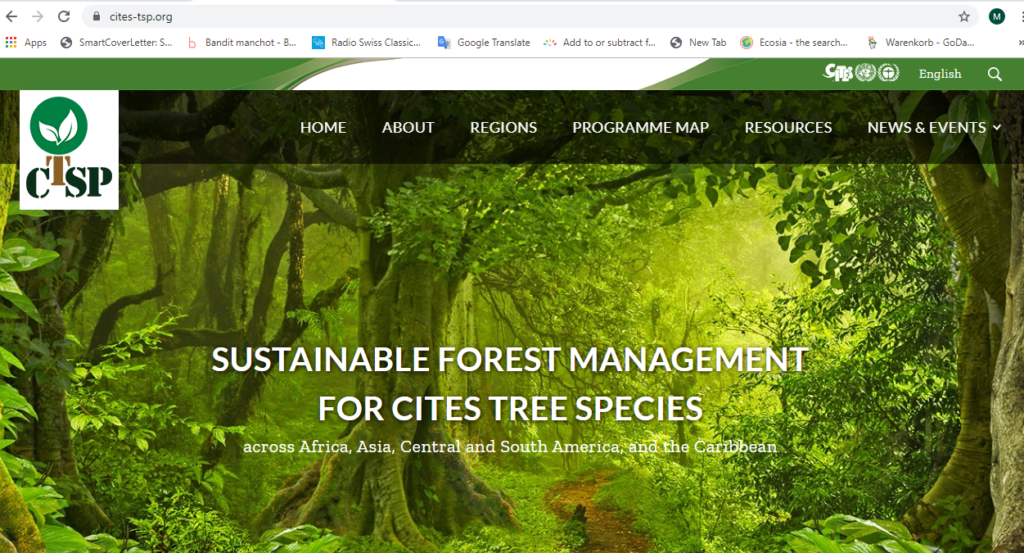 Ms. Sosa Schmidt explained that the regional workshops are as per progress reports for each region and further announced that there would be an international meeting towards the end of the CTSP project to share lessons learned and discuss how to proceed with outcomes from projects. She also indicated that there would be a possible international meeting on identification co-funded by ITTO with the contribution of the U.S.A. and further agenda and dates are under discussion with potential co-founders.

The meeting was successfully closed by noting that the next date and venue of the 6th Advisory Committee will be in conjunction with the CITES Plants Committee in Geneva at the end of July 2020.